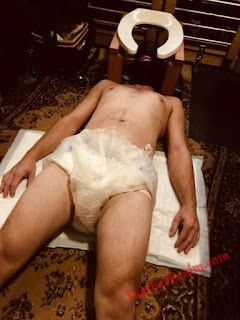 As I was bathing My soft silky skin earlier, I had a lovely thought and decided to take a bit of video. Next time, I will remember which way to hold the phone so the video looks better. LOL

Finally after months of only feeding My brown via brown pick-up like some sort of taboo carryout, I am finally using a toilet slave in person. Yes all precautions are being taken since the spread of COVID is rapid but I am going to enjoy the hell out of My toilet tomorrow <wicked giggles>

We are going to take another trip back to 2017 to watch one of My times with My toilet ay. Watch as he describes what My brown tastes like.

Revisited.Toilet Slavery: Eat of Me

I've decided to go thru My older videos and improve their quality. I will be posting them over next few updates so keep an eye out. The files are larger so they will be hosted on MEGA.nz. To skip the ad, simply click skip which will begin the video.

Even though Ohio is under the stay order, I am finding ways to amuse Myself.<wicked grin>

What else can you do with the shit & piss of a Goddess plus a blender? Watch the video to find out. <wicked grin>